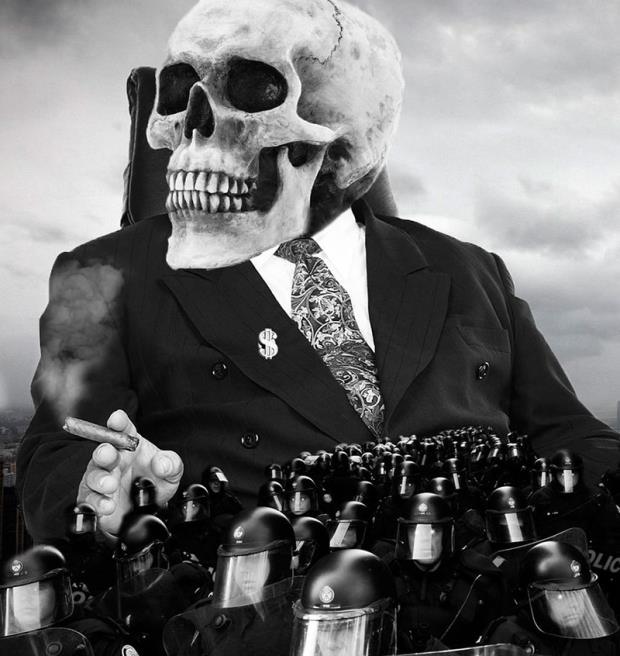 If this country goes absolutely crazy and puts Donald Trump in the White house, this is what I think will happen in 2017:

Hatred will rule every action.

Racism will be rampant and violent. African Americans could be shot on sight. (It seems to be happening already.)

Riots will break out in most major US cities.

Martial Law will be declared and The National Guard will be sent to shoot down any dissent by fellow Americans. Once again, Americans will wage war against other Americans. There will be brutal roundups of Mexicans, Syrians, and other foreign-born immigrants. Also, a huge target? The LGBT community.

All of these people could end up in concentration camps without ever being charged with breaking existing law. It’s not like we haven’t done that before.

Women will lose all of their hard won rights and become even more objectified. (Trump is a woman hater.)

Slavery will return to American soil.

If you think any or all of this sounds far-fetched, think again. This country has enough stockpiled tanks for a President Donald Trump to send out and squash any uprising. I would not put it beyond his demented mind to even use nuclear weapons both here and anywhere else he deems a threat to his ego.

The only thing that will stop this man is to vote him down.

THIS IS HOW THEY DO IT

In This Fast-Paced Political Thriller:

Washington politicians and U.S. healthcare executives are conspiring in a sinister cost-cutting scheme to legalize selective euthanasia for the seriously ill and dying, primarily for the poor and powerless.

If secret legislation can slip through the quagmire of Congress, it will diminish the annual deficit by billions, if not trillions; catapult corporate healthcare profits; and get an unpopular President re-elected.

Can Ted Yost stop the power brokers? Or will arson, attempted murder, blackmail, and kidnapping stop him?

Some Reviews of THE KILLING VOTE:

Ambition, greed, hypocrisy—and murder. Bette and JJ Lamb have taken the battle over medical care and fashioned a droll, lightning-paced political thriller with more plot twists than Washington has scoundrels. I thought of the great Ross Thomas as I hummed through the pages. Prepare to laugh–and get ripping mad.

“The Killing Vote starts off with a bang, literally, and never lets up. Bette Golden Lamb and J.J. Lamb pull no punches in highlighting behind the scenes politics. Gripping.”

“…I don’t want to spoil anyone’s enjoyment of the book, so let me say that I locked all the doors and turned on all the lights in the house then stayed up all night reading.